A message for anyone who is sick and tired of being lied to… and would like to do something about it: 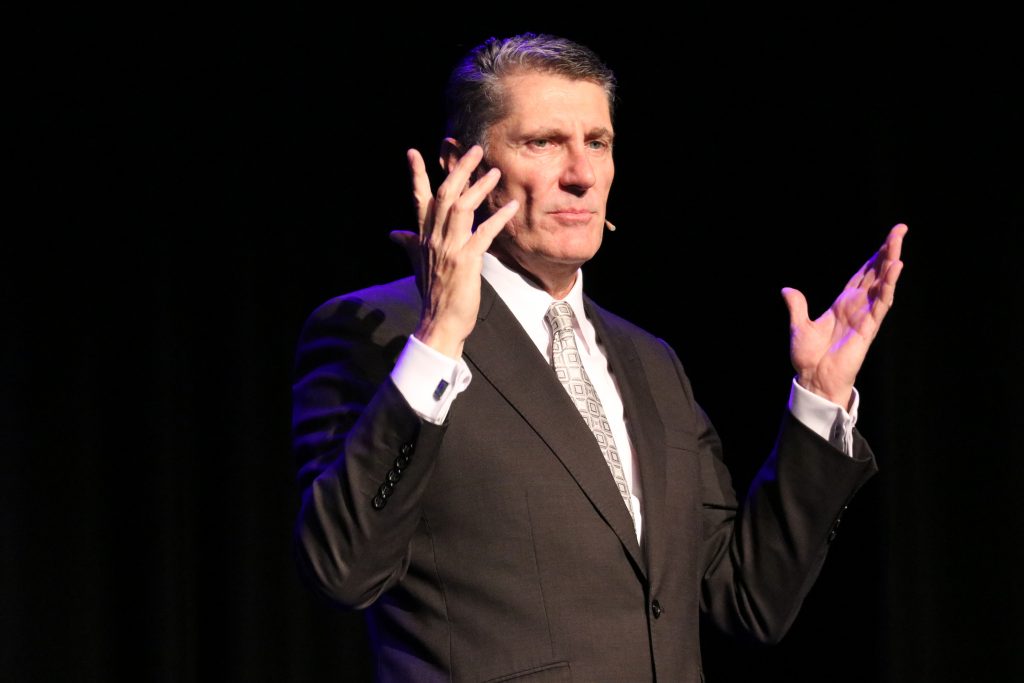 Learn the latest techniques for noticing and interpreting verbal, non-verbal and paralinguistic clues that give away even the most astute of liars.

No more cheating. No more deception. 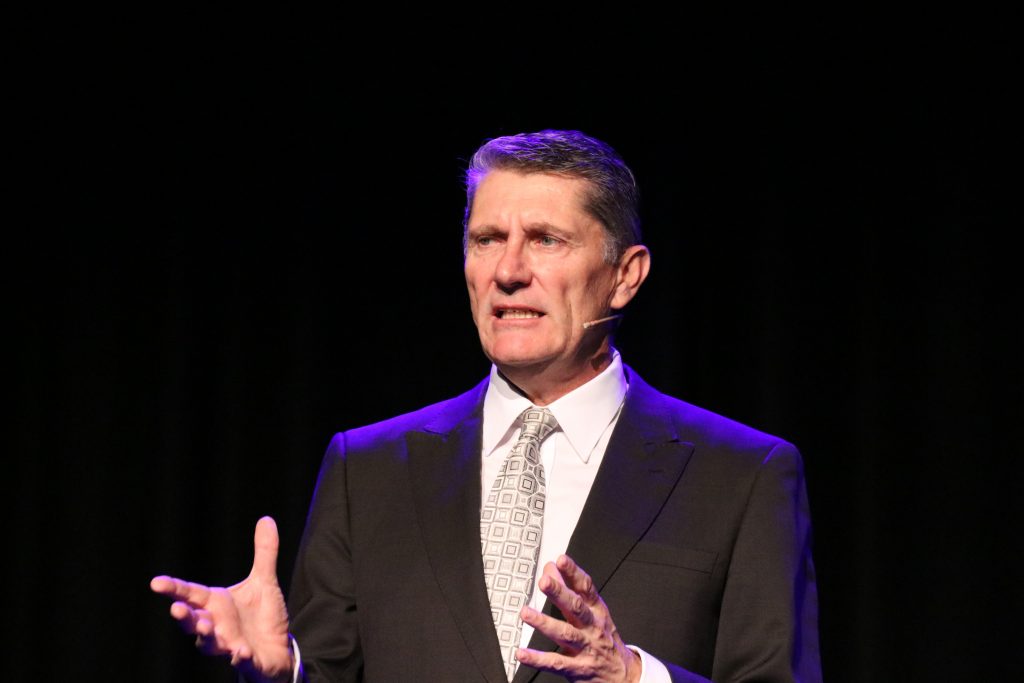 They are professionals at sniffing out falsehoods, deceptions and outright fraud…

These professionals are trained in the latest techniques for noticing and interpreting verbal, non-verbal and paralinguistic clues that give away even the most astute of liars.

Imagine what would happen if you possessed those same skills.

Because the truth really can set you free.

Imagine all the ways this skill would empower your career, your friendships, even your marriage.

But for that to happen, you’d need to undergo the same training as the pros.

And now… you can.

Introducing an exciting new online training program that can change your life forever:

This program has been used by investigators, police departments, the military, customs agents, recruitment experts and corporate HR departments around the world to train their people to know a lie when they hear or see one. The author of this program is an author and widely sought-after speaker on the subject, and the trainer of professionals around the world. And he’s put everything he knows about this subject into this life-changing program.

A few words from Steve van Aperen, author and presenter of the “Deception Training System”

Let me say it as clearly as I can: getting lied to is one of the worst things that can happen. Not only does it disrespect and dishonor you, it’s an insult to your intellect and a violation of whatever defines your relationship with the liar… be it a friend, business associate, family member, or even your spouse or significant other.

When a liar is really good at it, we are too often powerless to detect the lie and avoid the consequences. Those consequences run from spending a few more dollars than you need to spend, to buying inferior and fraudulent goods and services, being duped into doing something you don’t want to do, being allowed to believe something untrue about something important, or worse, creating a house of cards that is supposed to be your home, your career and your sense of well-being.

A well-known movie immortalised these words: “You can’t handle the truth!” Well, I believe that you can. And, that you deserve the whole truth, and nothing but the truth in your life. Because those other immortal words – “the truth shall set you free” – are more powerful than you know. That’s why I’ve dedicated my life to this work.

This online training program is the result of many training and speaking engagements I’ve done over the years, not to mention thousands of interviews.

Each time I present this material, people are clamoring to have it on DVD so they can absorb it again, at their own pace. The art of detecting lies is like any other skill – it should be practiced, and the more you revisit the basics the better you’ll get at it. The online training program is the perfect medium, since the visualization of expression and the precise audio cadence and tone of the spoken word is so key to detection.

But the real value of this program is that it goes deeper, with more valid psychological science, than any other program of its kind. Detecting lies is about much more than noticing ticks and giveaways – the pros call them “tells” – it’s about associating paralinguistic traits (vocal effects and tone that may give away the true meaning behind the spoken word) with the content of the message. When you know what to look for, and when you’ve mastered the techniques of detection, no lie can get past you. Even when it comes from a masterful liar.

I encourage you to take advantage of this rare opportunity. This online training program delivers the same training experience and audiovisual aides as a high-level course for law enforcement and human resources professionals, with demonstrations of the techniques liars use to bend the truth and the clues and tells you need to master to sniff them out.

Do yourself a favor and get rid of the lies and the liars in your life. With this online training program, you’ll see how easy it is to see the truth where no one else can, or even better, when someone else thinks you can’t.

May all of your endeavors unfold on a landscape of truth and integrity.

Never be lied to again!

A bold statement, but one that is completely within your grasp. Steven van Aperen’s online training program, the “Deception Training System” will show you the precise methodologies employed by professionals to separate fact from fiction, half truths from whole, exaggerations from accuracy, and self-serving intention from reality.

Imagine shopping for a piece of property, and a real estate agent says to you, “Your offer is the third lowest that we have had on this property so far.” Consider the favorable bargaining position you would have if you knew he was lying, fabricating or simply being evasive.

Imagine negotiating for a cheaper price for that new car, house, or anything else that you want, and being able to tell when the salesman was being deceptive or less than honest. You might ask, “Is that the best price you can give me?” and the salesman responds, “That’s pretty much the lowest we can go.” This verbal response will show you that the words “pretty much” are not definitive, and that he hasn’t ruled out another offer. The untrained ear hears what the salesman wants you to hear – he’s rationalizing not lying by saying “pretty much,” but the intent to deceive is, in fact, the lie. You, however, will know better, because you’ll immediately see through the intention and detect the falsehood of the statement.

Say you ask a car salesman, “Has this vehicle ever been involved in an accident?” and he responds “It doesn’t look like it’s been in one. It’s very clean and tidy. We have full service records from the time this car was new.” Again, the intent to deceive is embedded in the lack of precision of the words, and if you caught him in this falsehood, rest assured he would hide behind that imprecision. But hide or not, you’d know the truth, and would be able to factor the truth into your response.

This online training program will teach you that the salesman was being evasive and was omitting elements of the truth, and that he didn’t, in fact, answer your question. By benchmarking the salesman’s behavior, you will have also observed him engaging in hand-to-face gestures, distress signals, changes in response latency and micro signals.

The “Deception Training System” will provide you with the techniques and skills you’ll need to detect falsehoods and deliberate deception the moment you hear them.

Steve van Aperen has trained thousands of people from all walks of life in these techniques and has worked on 79 homicide cases and 2 serial killer investigations for police departments throughout Australia. Whether you want to negotiate better or manage your relationships with more integrity and truth, this program promises to change everything about your relationships and your ability to “tell it like it is” by hearing and seeing it like it is.

Never again will you have to accept what you are told at face value. Because by looking into the face of the person speaking to you, and applying what you’ve learned to what you see and hear, you’ll know what’s true and what’s not… regardless of what’s coming out of the person’s mouth at the time.

Become a virtual human lie detector with the…

One of the reasons this program works so well is the fact that it’s virtually impossible to lie convincingly to someone who is capable of interpreting the verbal, non-verbal and paralinguistic clues that every liar shows. The more they lie, the more lies they must tell to perpetuate the façade of the first lie. All of this requires super-human memory skills and the acting ability of an Oscar winner, both of which are very rare.

A truthful person, on the other hand, doesn’t need to rely on memory about what they’ve said previously. The truth is what it is, it’s non-negotiable, and it comes out the same way every time, without the need to use verbal, non-verbal and paralinguistic “covers” to mask the intention to deceive.

When someone embellishes or makes up a story, their voice, their face, their gestures and their posture gives them away every time. Sometimes its subtle, other times its blatant, but these “tells” are always there.

The “Deception Training System” will show you what these “tells” are and how to spot them.

This training program will…

There’s a reason Steve van Aperen has been called “the human lie detector.” This program will turn you into one, too!

Steve van Aperen served as a police officer for 14 years before he became a professional in the field of researching and teaching the art of lie detection.   He has conducted many hundreds of interviews with criminals who were nothing less than wall-to-wall liars, including murderers, extortionists, burglars and thugs, and after his police work he interviewed countless employment specialists and human resources professionals.

In addition to his writing, keynote speaking and training activities, Steve continues to serve as a consultant to police departments, intelligence & security agencies and employment professionals. He has presented in excess of 600 keynote presentations to more than 50,000 people around the world.

This online training program comes with a 100 % guarantee of satisfaction.

If you are less than completely happy with your results, we will happily and without question refund your investment in this program.

Get access to the online “Deception Training System” NOW…